I finally have a few spare minutes to write something about the Bulgarian traditions and superstitions related to Easter. There are so many of them but I'm only going to mention the ones my family and I are aware of and try to keep.

First thing which is interesting about Bulgaria is that we have something called "A Name Day" which is a religious celebration  of the saint one is named after.

So, in Ortodox Christianity Lent is not about giving up on something in general - it's about giving up on meat and dairy products. The second Sunday before Lent is called "mesni zagovezni" and it is the day one should stop eating meat. The first Sunday before Lent (called "sirni zagoezni") is the day one should stop eating dairy products. What I find a really nice tradition is that on the first Sunday before Lent the children in the family compete in catching a piece of halva hung from the ceiling. This used to be a great fun at home when my sister and I were 10ish. Even greater fun when my cousins have joined in.  But we've stopped doing it since my oldest cousin is now 26 and my sister is almost 18.

Nothing interesting during lent. I think according to the original tradition people who don't eat meat go to church every Sunday or so. My mom was telling me the other day that she has tried giving up on both meat and dairy products until she almost fainted once (that was like 15years ago) and she decided it's a stupid idea. Recently she's only given up on meat.

The Saturday before Easter is when the interesting traditions begin. It is St. Lazar's Day. On that day everyone with the name Lazar or similar has a Name Day. In the villages a tradition is kept that young girls walk from door to door and sing songs for health, happiness and fertility. There's superstition that if a girl hasn't taken part in the celebrations on this day, she won't be able to find a husband and get married (This has been proven wrong as my mom has successfully found one). 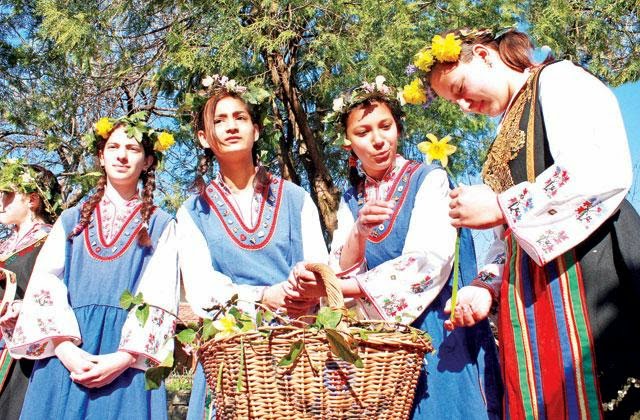 The Sunday before Easter is called "Tsvetnitsa" or flower day. On that day everyone who has the name of a flower or a tree (or anything related to that to be honest) has a name day. On that day people go to church in the morning and bring flowers with themselves. When entering the church the priest gives them a willow branch. Girls receive one in the shape of a wreath. The flowers that everyone brought are left in front of the icons in the church and other flowers are taken home from the church. The flowers and the willows are left to dry and preserved untill next year when they should be thrown in a river. 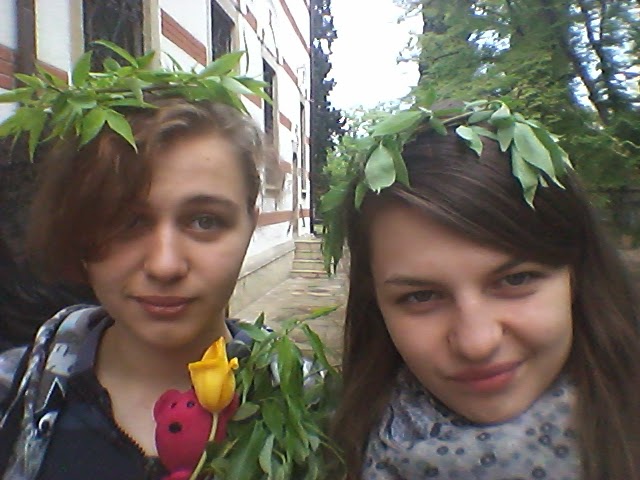 Eggs are decorated on the Thursday or the Saturday before Easter. There are many traditions related to that. For example in some parts of the country an egg with a particular design should be given to the person depending on their age, gender and marital status. 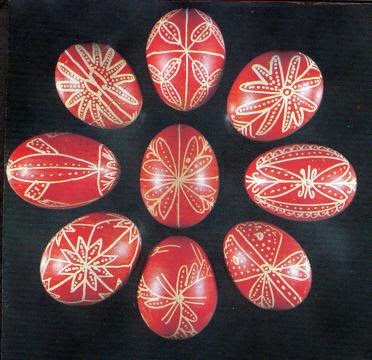 My family's too lazy for all of this. But we do keep some traditions. For example, the first egg has to be red. It is rubbed against the cheeks, the chins and the foreheads of all family members with wishes for good health. The first egg is also kept until next year. It is used to predict what the year to come will be like. The eggs gets cracked open.  If it looks good then the next year will be a good one. Finally, it is buried in the ground.

The night of Easter Sunday is a big thing in the Orthodox Christianity. There is a mass in every church from 10pm on Saturday until 1 or 2 am on Sunday night. My family and I never go to the mass but we go to church at night to keep one tradition. Everyone lights a candle from the fire in the church and walks three times around the church. Then takes the candle home making sure it's not put out on the way home.

The day of Easter is not very exciting. We usually stay at home and eat all day. A typical Easter meal is lamb, usually roasted. There are very tasty biscuits and bakery products related to Easter. Pictures below: 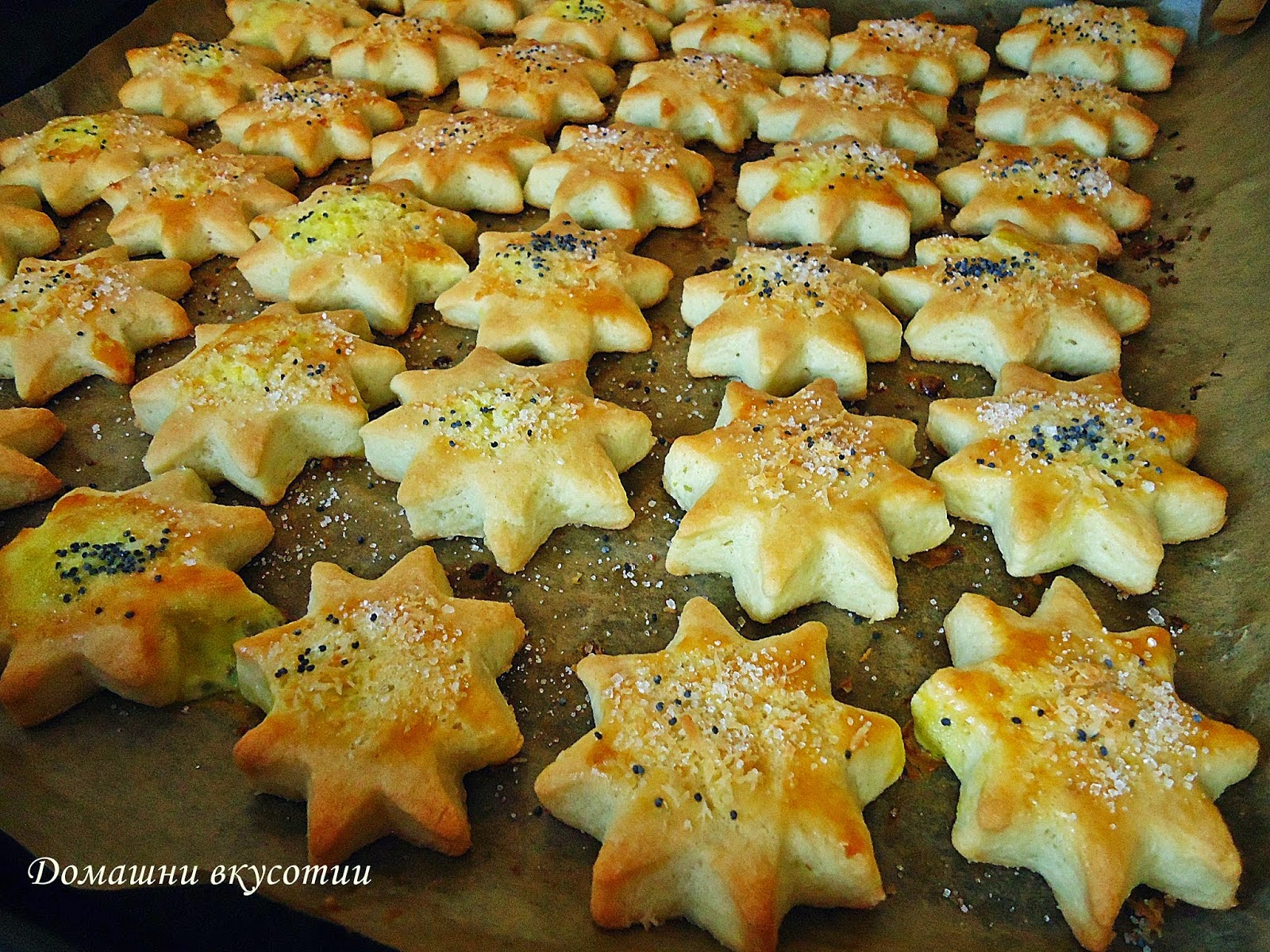 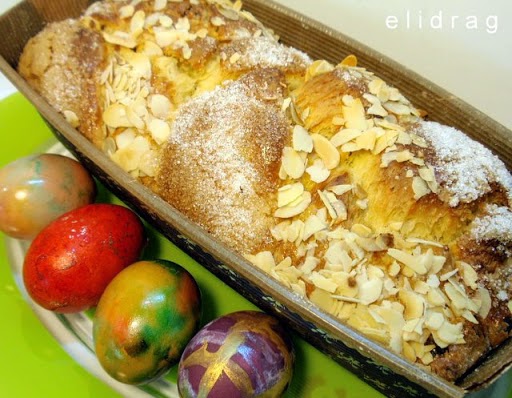 It is forbidden to do any work on Easter, as it is considered to bring bad luck (I actually met a person a few days ago, the guy who owns the tiny plane, who was telling us that a few years back he was flying the plane on Easter, as he had to do some work, and he almost lost his life).

On Easter and on the next forty days people shouldn't say "Hello" or "Good morning" but say "Christ has risen" instead. As you can imagine this is not very convenient but  it is done among friends and neighbours for a few days after Easter.

Posted by Мария Хънтова at 22:46 No comments: 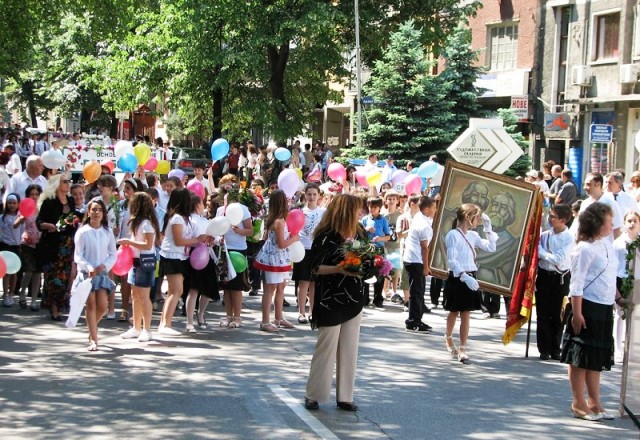 Posted by Мария Хънтова at 18:41 No comments: